Because the burst fade requires you to grow out your hair, it’s become a common way for men to express their individuality through their natural hair. It’s not uncommon to see men experimenting with different hair colors and styling techniques. A burst fade haircut is versatile enough to be paired with either a clean-shaven look or an immaculate beard. Burst fades on medium length hair can be styled in many ways: with finger coils, twists, or with a hair sponge, which has become a popular tool among barbers.

The hair sponge is designed to help twist and curl short natural hair. Some sponges are double-sided, with holes on one side and ridges on the other. The textured side is used to add volume to natural hair and the side with holes is used to create curls and coils. The sponge is easy to use: gently but firmly rub the sponge against your hair in circular motions. For the best results, dampen your hair with water, conditioner, or a light styling gel before using the sponge. In addition to using hair sponges to style their clients’ hair, many barbers also sell them to customers at a reasonable price. Here are 35 burst fade hairstyles.

This simple burst fade haircut creates a perfectly coiffed arch from the front of the head to the back. This style is ideal for medium length hair of any texture.

This burst fade haircut is styled into a long blonde mohawk. This look is reserved for the bold because it’s sure to be a head turner.

This two-toned burst fade cut is red on top and black along the sides and back. A heart-shaped design is shaved into the back of the head: a perfectly playful look for Valentine’s Day perhaps?

This burst fade closely resembles the classic high top fade but its textured look and sharp lines give it a modern flare.

Three lines shaved into the side of the head make this burst fade stand out. A hair sponge can be used to help bring the curls on top of the head to life.

This burst fade really shows off the barber’s skills: from the sharp lines along the sides of the face, the perfectly textured frohawk down the middle, and the gradual fading of the hair the closer it gets to the ears.

This simple burst fade shows off perfectly tapered sides which can be coiled with a comb or a hair sponge.

This burst fade has an especially clean look with its closely cropped sides. The hair on top and in the back of the head is well moisturized to bring out a soft curl pattern.

This burst fade style can be done on longer hair. The hair is parted along the sides of the head and gathered into a high ponytail and styled into a simple bun.

This burst fade cut stands out for its perfectly lined up hairline and matching beard. This cut is ideal for short to medium length hair. Longer lengths can be finger coiled or twisted for tighter curl definition.

This burst fade is a great choice for longer lengths. This simple, textured frohawk features a simple shaved line near the nape of the neck.

This burst fade combines a sharp line up with an effortless frohawk that allows the hair’s natural texture to take center stage. An equally textured beard completes this look.

Having fun with color isn’t reserved just for the ladies. A little color is a perfect way to make your burst fade stand out. This cut is perfect if you’re currently growing out a dye job. The two-toned color really helps bring out the texture.

This burst fade features shaved parts along the sides which create an even sharper contrast against the highly textured frohawk that goes down the center of the head.

This burst fade features an intricate shaved design on the side of the head. The hair on top and in the back can be twisted, coiled, or simply styled in a crop of natural curls.

18Burst Fade With Color And Design

This burst fade features a simple shaved design along the side of the head and short two-toned curls down the center of the head.

This style features a Z-shaped shaved design on one side and geometric designs in the back, while the hair on top is closely cropped.

This burst fade mohawk is done on longer hair. To prep the hair for this style, install small two strand twists on damp hair. Once the hair is dry, unravel the twists for an ultra-defined mohawk.

This burst fade is reminiscent of the classic high top fade. The hair forms a V shape at the nape of the neck and two rectangular stripes are shaved into the back of the head.

This burst fade is cut into a V shape in the back, embellished with sharp lines. You can use a hair sponge to twist the hair and create this textured look.

This burst fade is sure to turn heads with its sharp lines and V-shaped shaved design. The hair on top is styled to show off the hair’s natural texture.

This cut combines clean, sharp lines with a crop of loose, two-toned curls, proving there is no shortage of ways to rock a burst fade cut.

This burst fade looks great on both kids and adults. Simple, clean lines create a contrast against a crop of textured curls. A simple side part is shaved into the front of the head.

This simple burst fade features a shaved side part and an expertly lined up hairline. This cut is ideal for short to medium length hair.

A burst fade is an ideal haircut to show off a bold hair color. The shaved sides show off the ombre effect of the natural hair color at the roots which only adds to the “fading” effect of the cut.

This simple burst fade is a great choice for short hair. The closely cropped cut is ideal for showing off tightly coiled textures.

This cut features two lines shaved into the side of the head. The hair on the top and in the back is styled into a simple, textured frohawk.

This simple burst fade features a subtle layered look: the hair is slightly longer in the middle, becoming gradually shorter down the sides of the head.

This burst fade features a unique design along the sides of the head which is reminiscent of a basketball: perfect for the young baller in your life.

This simple cut is tapered along the sides, fading closest to the hairline, showing off a crop of finger-styled curls.

This simple burst fade shows off the hair’s subtle reddish color which is styled into a crop of short, neat curls.

This style is a great way to show off your natural texture. If you want a simple frohawk look, this burst fade cut is perfect for you.

This clean burst fade features two shaved stripes in the back and a perfectly coiled frohawk.

This cut features blonde tips and a textured high top. A cross design is shaved into the side of the head: one of many ways to express yourself through your hair.

This burst fade is a simple cut that’s ideal if you like to keep your hair short. It has shape and character but still simple enough for those who prefer a more conservative cut. 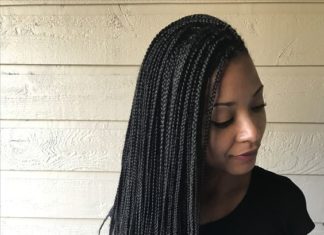